When you decide to enjoy one of the horror lifestyle items reviewed on these pages you aren’t going to walk away disappointed. Focus only on the best stuff available for horror fans. We hope this site will help you in your horror journey in a practical way, or at least that it will amuse and entertain you.

Topics on This Section

What Is Horror Lifestyle?

Watching horror movies and TV series, reading horror fiction, and diving deep into a good horror comic book series, besides socializing with like-minded fans of the fright are basic horror lifestyles, but for some, all that isn’t enough.
I’m talking about those that need to live in an integral horror environment. I mean by this that their relationship with horror goes beyond leisure, study, hobbies, or work. I mean those that have horror needs at not only the conventional leisure, social, occupational, artistic, and aesthetic levels, but also at the mental and spiritual ones.
It’s sad that things that horror fans perceive as the paragons of coolness aren’t known by others. Or haven’t reached vocal followings and a substantial presence for those that love these kinds of things to express themselves.

World simulators are fertile ground for enthusiastic horror fans with a taste for virtual worlds. Case in point, Second Life. The days when Second Life was the only permanent, advanced virtual world are gone. With the coming of open grids, horror fans can create and/or visit horror virtual worlds that aren’t tied to a specific commercial scheme. To be blunt, the open grids are a separate internet and the rules aren’t the same as the 2D web. I’ve seen some very wonderful things there, but only in Second Life.

It’s a very complex and politically-charged subject that I’m not going to go into here. The only thing that matters is that of all places on the 3D online world, the metaverse is a confirmed haven for ghost train and walk-in dark rides lovers.

Now, something that is not difficult to find out, in the topic of horror in virtual worlds, simulated traditional horror amusements like walk-ins, ghost trains, and fun houses are just the gateway drug.

One thing about the metaverse without taking on account the horror genre: it’s inherently creepy. That declaimed, horror, darkness and negative takes on life are common there.

My experience was with Second Life only. I never ran open sim. Maybe I’m scared? Maybe.

For the places I saw and the kinds of interactions I witnessed I dare say, it’s not the dark web, but it’s not lagging too far behind in moral bankruptcy, idiocy, crass commercialism, and concentration of lowest common denominators.

Now, take it from me. If you use it just for a simpleton’s pleasure of innocently connecting to enjoy horror amusements go ahead if you didn’t already.

In my experience, the constructive, highly pleasurable aesthetic experience that the love and sweat of those that created horror amusements produced in me felt ruined each time I went elsewhere and I tried to mix with the virtual world at large.

Besides, if you don’t have too much free time to spare, with everything there’s to see of uncomplicated horror amusements, most of which you can find through the client’s search, it is enough for not needing to engage with other Second Life users to find good simulators.

To give an example. I found a ghost train simulator once that occupied a whole region. A region is 65,536 square meters or a square of 256 by 256 meters. More or less the equivalent in size of a three by three blocks neighborhood.

It was wonderfully thought out. The whole place was a big ghost train, but it had stations. You could go down in the stations and visit a small horror location that had its own theme and felt detached from the rest.

There is a lot of creativity like this, but in an unregulated place like it, you also have the downside of it lending itself to abuses. Like a very big funhouse simulator, I once visited that that was a mess.

It grabbed you and didn’t let you go. It was hopelessly broken, but somehow the little of itself that it showed to you made you want to see what was inside the broken rooms and navigating the broken rooms was a nightmare and a very annoying experience.

Precisely for this, to deal with the drawbacks (and consequent loss of time) posed by a chaotic environment like the metaverse, I curate dark ride simulators and similar amusements, so you can go directly to them knowing what to expect.

What shyly began in the 1950s with the so-called, “horror novelty records” and became a craze for horror-addicted teenagers did evolve through the years. It became sub-cultural and counter-cultural musicians and acts that spawned many horror-related genres.
Those horror-related music genres compete with each other in their borrowing of horror esthetics, even if the musical styles are completely different. Examples of horror-related musical genres:
While I don’t agree with the description that Oliver Vierkorn gave to this set on his YouTube channel, this is by far the best horror music mix I found on YouTube. Don’t think I found Vierkorn when I started to search for remixed horror music.
I’ve been searching, albeit occasionally, for this kind of music for two-plus years. I might not have used the correct phrases, but generally, I was finding loose songs, not sets like this one, carrying a genre description that surely awakens your curiosity: Dark Minimal Techno Horror.

Goes without saying that in this department, horror has been a mainstay like since forever. From toys, action figures, figurines, games, card decks, trading cards, and licensed media like posters, to movie prop replicas and life-sized horror franchise dummies.
Horror collecting is food for thought in many different senses. For one, there’s how one is going to get one’s money worth back and hopefully profit from the collections.
Don’t mistake the commercial approach I just named for that being the end-all of collecting. I think a handsome use to give this hobby would be building dioramas that incorporate extras not just scenic, but also extras of artistic lighting composition. And then taking all kinds of dramatic photographs.

As opposed to collectibles, one may or may not be able to keep a seasonal horror thing. Seasonal horror things is a broad category that includes things related to Halloween and goes beyond it, to an exploration of horror themes for other holidays.
There are horror things as there are tastes, which doesn’t say anything other as there are myriads of stuff and you have to be organized and purposeful.
Do you think it’s to your advantage to dedicate a portion of your budget to this kind of hobby? Many do, and I applaud them because it’s a start towards remembering horror always.
Now, I love the idea of horror collectibles, mementos, gizmos, at both the industrial and cottage levels of manufacturing, but when made especially for a holiday, it makes the horror even closer to your heart for the connection to childhood it creates in your mind.

Happily enough for horror fans, there’s a two-sided industry of horror home decor that is industrial-grade as well as cottage-grade.
While expensive horror props made by leaders in the industry can scare some with their prices, there’s the cottage side of the industry with a different kind of bang for your buck. Just making a search in any of the retail portals gives gigantic results, both in industrial and small-scale sale points.

It may look childish to include horror dark rides as a horror lifestyle thing. Still, horror dark rides deserve more love from the horror crowd than the one I think they get. It may appear a shallow topic, but if one has a slight interest in ghost trains and similar dark rides, one is going to find that there’s a lot of interesting things to learn from this commercial art form.

Today Vampira would have Celebrated her 98th Birthday

Get Started with the Horror Metaverse for Free 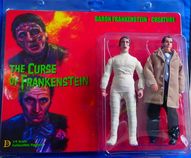 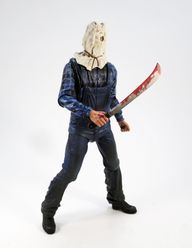 There are dozens of websites specializing in all kinds of horror swag to enhance our appetite for a horror lifestyle. From DVDs to dummies passing by all kind things created with collecting in mind. In my search for sales portals to buy horror merchandise, I found purely industrial operations and some that mix small-scale production with industrial.

I say it’s a big pile because, just to give an example, the horror_crafts tag on Etsy.com gives a total search results of more than 13000 items. You can’t search a sales portal like that, with a rather generic two words search.

In the case of Etsy, if you don’t refine the search even if you navigate the 250 pages that a search for that phrase gives isn’t going to show you everything, you need to use the advanced search. I counted how many I could see if I went through all the 250 pages, and it was just over 3000 products only.
So it’s a kind of caveat emptor because if you don’t create a laser-focused search phrase you’re going to miss out.

You don’t need much to submit your first piece of content. Some additional guidelines to contribute content:

D) Before posting, please read at least a couple of articles on the website that is the same type of article you intend to contribute

E) In the body of the article, link to outside sources, your website, your social media profiles, or any other pages at your own discretion

If there was some issue with your contribution you’ll receive either an email if you haven’t registered yet, or a direct private message on this website if you already created an account.

You sure can, but if there are major issues with your contribution and we don’t feel the content is not ready to be published, then you agree that we will minimally edit it to comply with the website’s style guide.

How is my contribution going to be rewarded?

The first reward is having a quality venue to publish your content as pages, as opposed to posting it in free blogging, phloging, or vlogging platforms. Other than that, that is a kind of off-site reward, you will also be reward with on-site rewards that we have yet to figure out.

Will my registration and/or contribution count for the on-site rewards if I register now that the reward system is yet to be implemented?

Yes, of course, once the reward system goes live each of your previous interactions with this website, not just registering and contributing, will be recorded and will convert to tokens, credits, or whatever method we end up choosing to tally your investment on this website.

Note to self: watch more horror

My Kind Of Girl

My kind of girl